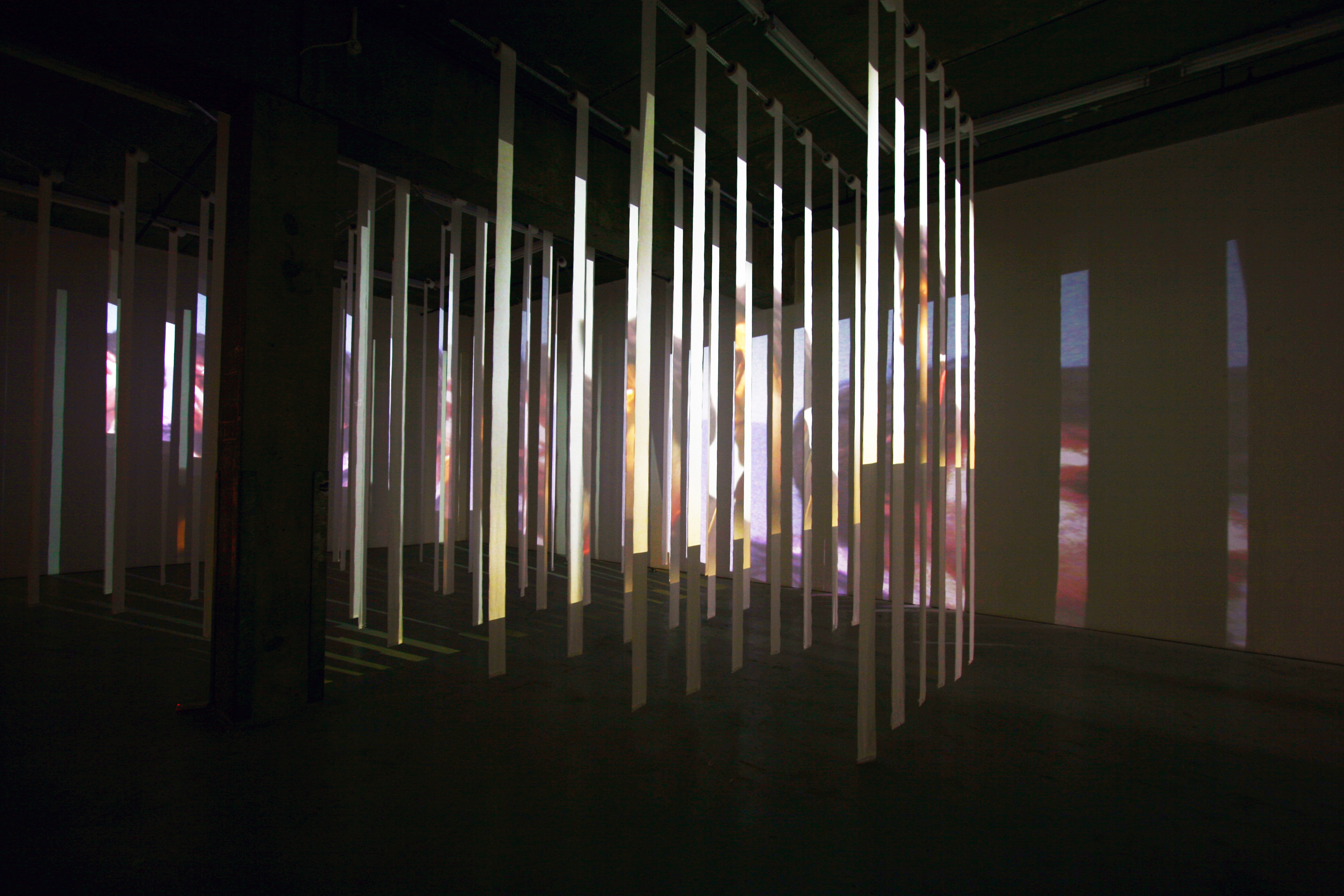 We engaged the user to enter, become part of, and interact with a 3 dimensional spatialised image of themselves through the layering of fragmented picture planes, live camera feeds and projections.

‘You who construct gardens, no longer make parks, or green spaces; make margins… make places of jouissance, make closures which are openings.’

The liminal relationship which Marin describes are an entirely Utopian prospect. The quote references the notion of the ‘traverse’ – an entity that cuts across, embracing the point of transition as the moment of Utopia. Disruptive Theatre poses this as a question – how could you achieve the relation between space and an image?

In this installation we are exploring the idea of entering the picture plane as a   boundary via the representation of the self as a  spatialised image.

‘By aid of the idea of general movement into space which the total impression suggests, these areas or pictures of single objects attain the impression of being volumes.’ (Adolf Hildebrand-The problem of form in Painting and Sculpture, 1907).

By the introduction of the second image, the two users are able to interact with one another through the medium of the spatialised representation. As they interact, a   third image is created as a   merging of the two.

Cameras were placed on two major circulation routes (entry an exit to gallery 2 and bar – plan to indicate). The desired outcome is that two people at opposite ends of the room would interact with each other through the medium of the disruptive theatre. This outcome is achieved firstly by capturing an unwilling occupant. Their image is delayed and then projected onto the dissected screen. A point of resolution is placed at a   point further along the main desire line through the space. By delaying the projection, and assuming that the user follows the desire line, the point of resolution will collide with the delayed projected image. We are encouraging the user to stop, retrace their footsteps and interact with the camera, thus causing disruption of the circulation routes via a  disruptive image. 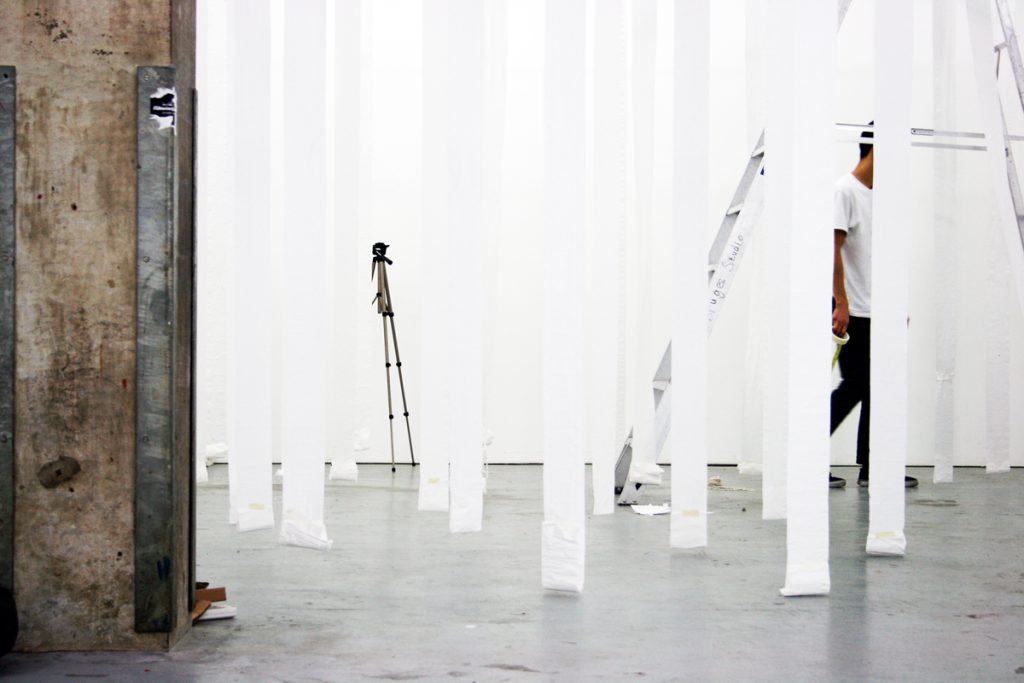 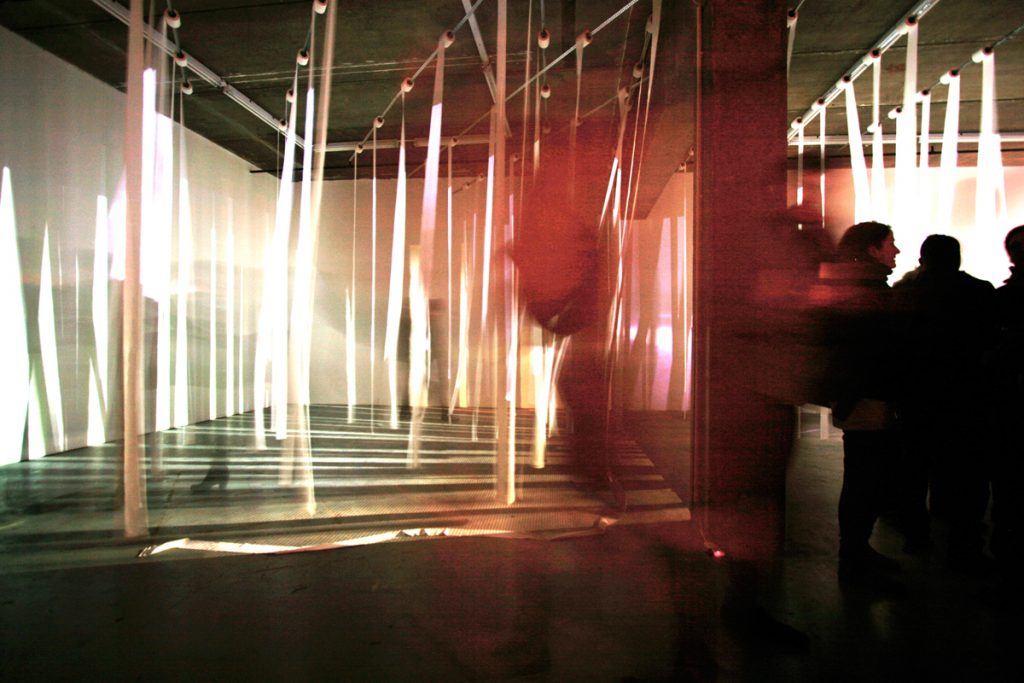 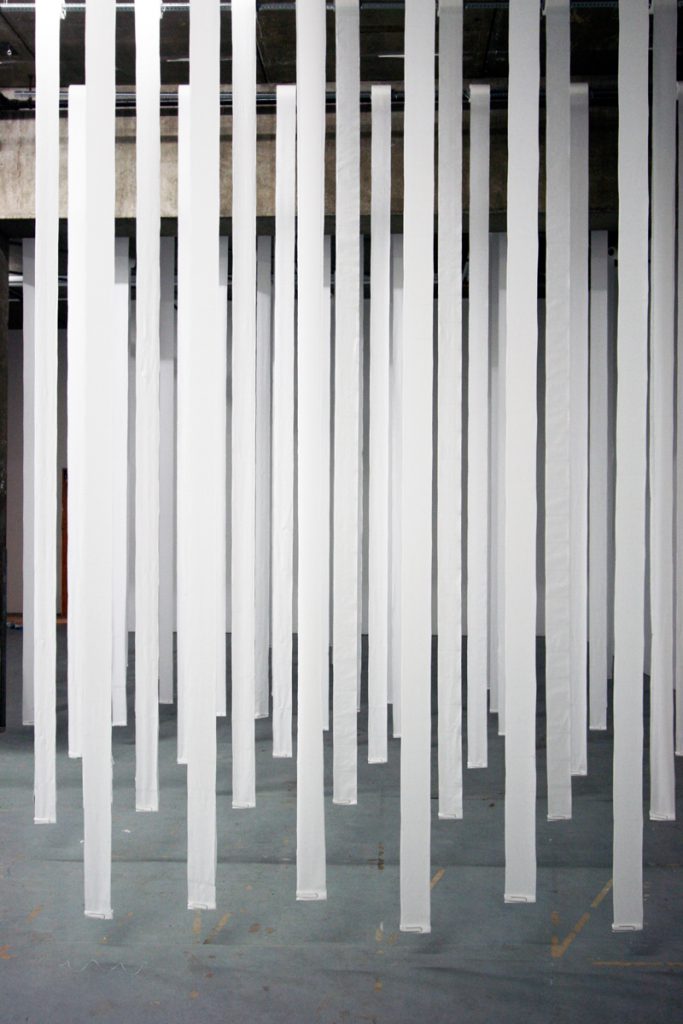 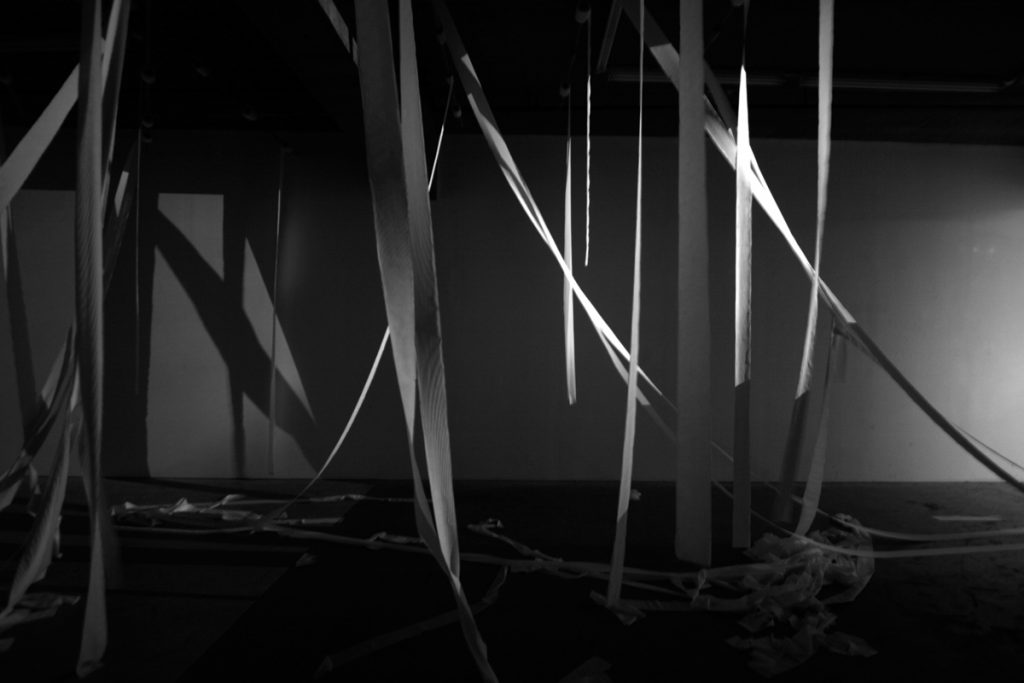 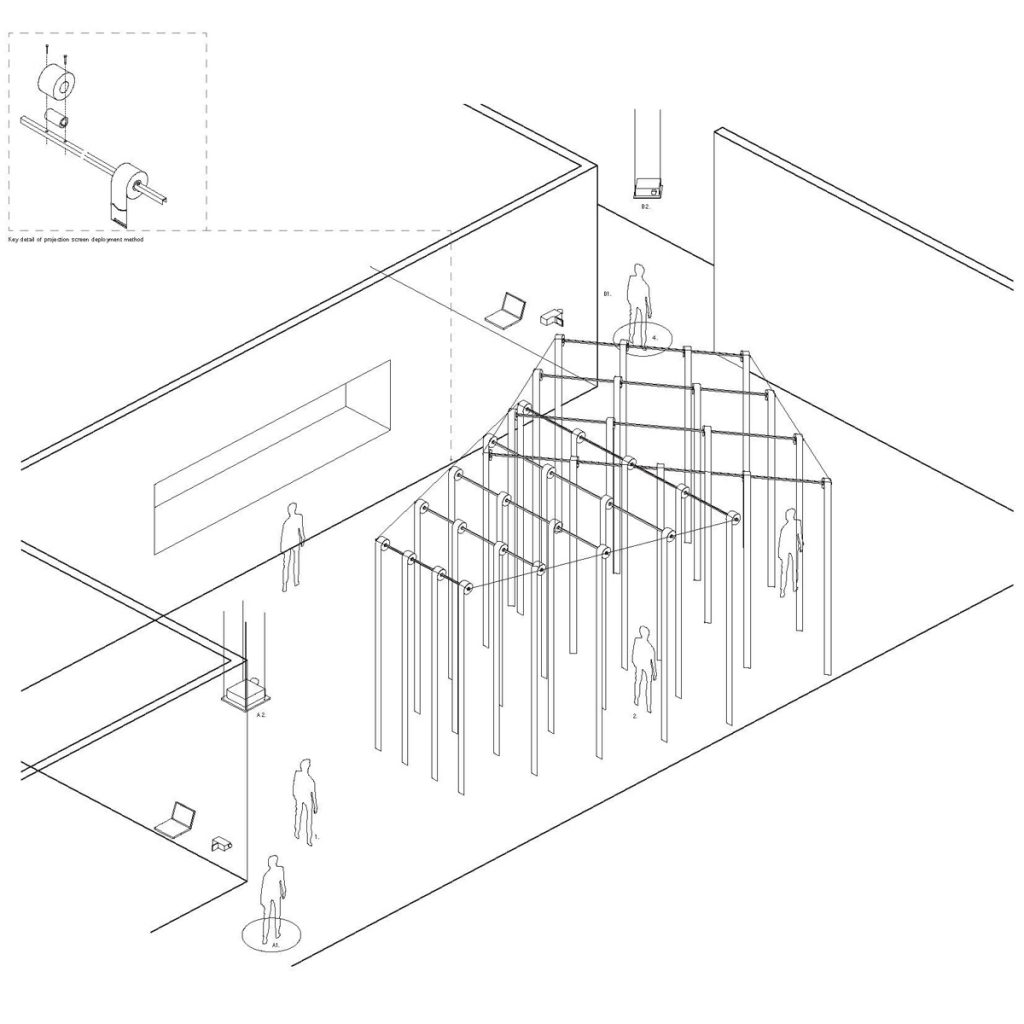