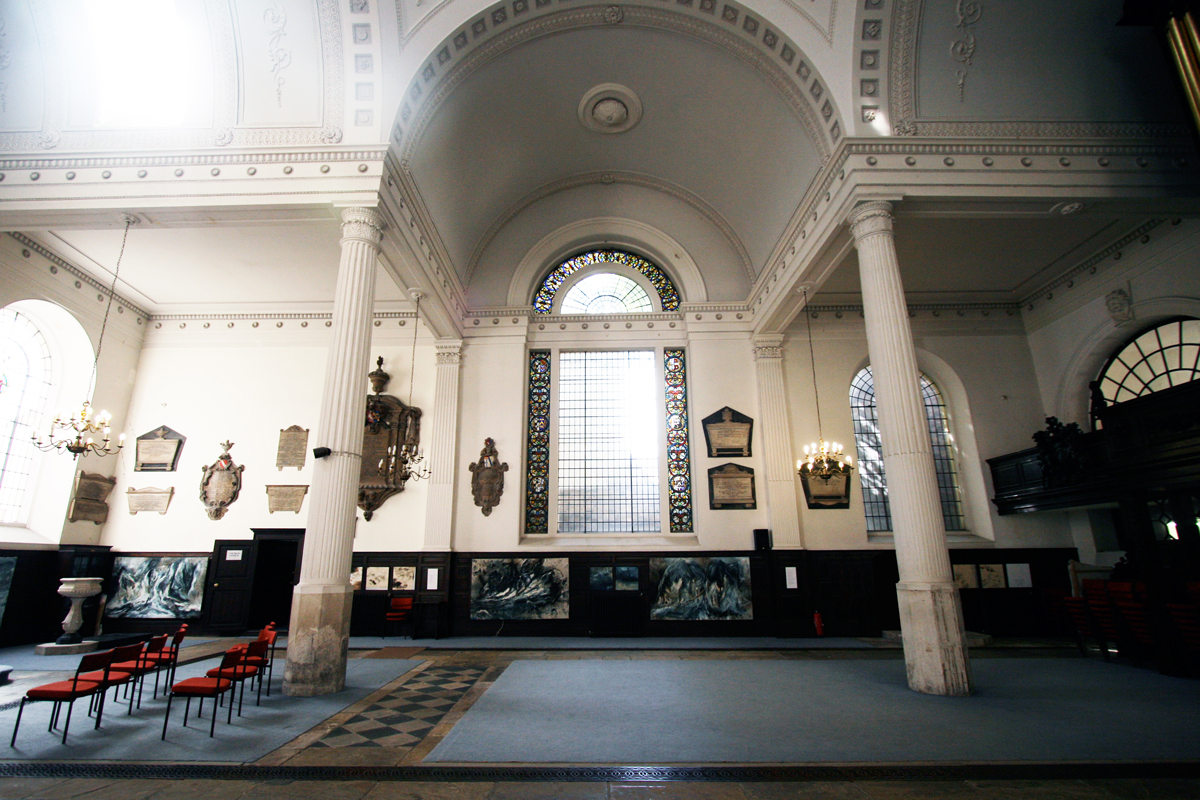 Commissioned by Rev. Cannon Flora Winfield for the Harvest of the Sea festival, the exhibition asked the question what is the modern day sea harvest?

The investigation into that question began on the shores of my hometown in Devon. There I found a full barrel of crude oil and used it as the basis of all the works in the exhibition, conceptually as well as physically.

The crude oil became the base layer of the paintings. Forms were extrapolated from the movement of the oil on the canvas. The forms were solidified with wax and oil paint on the raw linen surface. Other found materials were then added to link the pieces back to their original site of inspiration – the movement of the sea.

The exhibition continued on the theme of movement with aluminium, formed by dropping molten metal into water. Here, the sense of movement is more violent and the forms are more twisted.

Through investigation of the original question, a new question is asked: How could one harvest the energy of the sea? 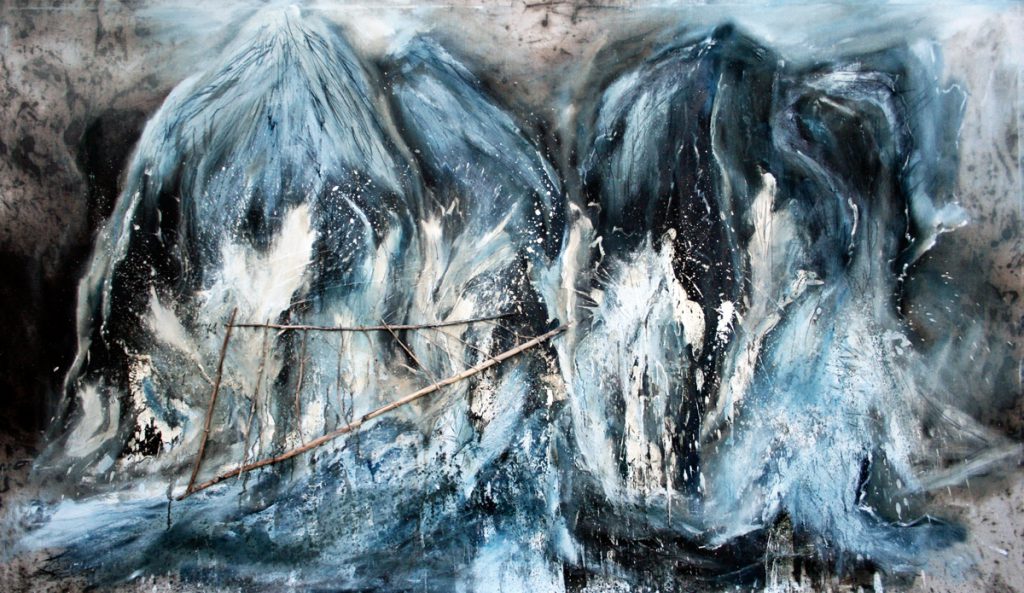 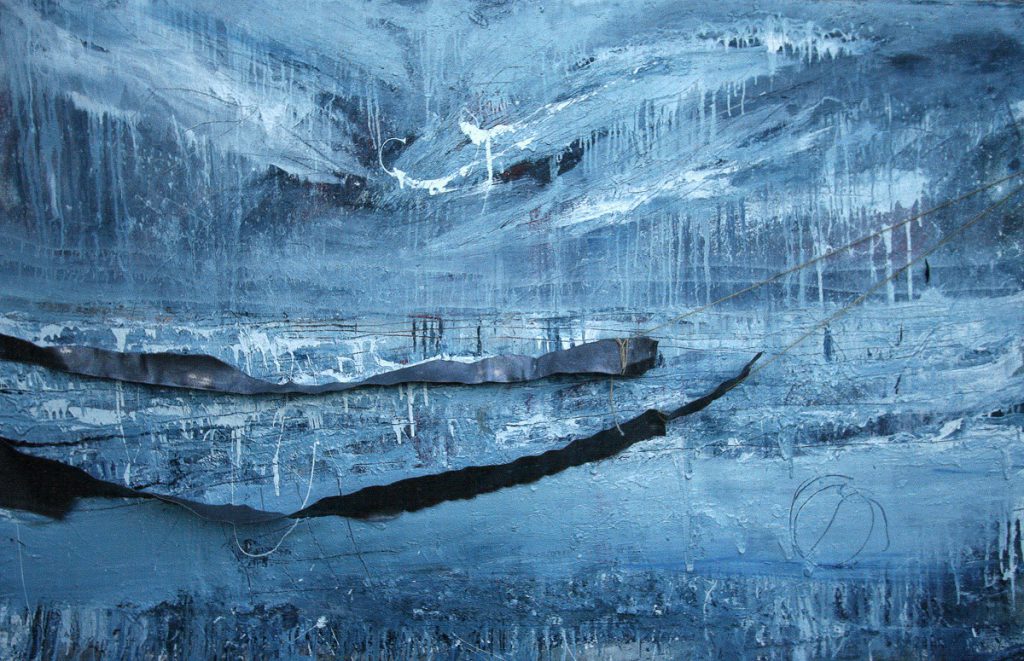 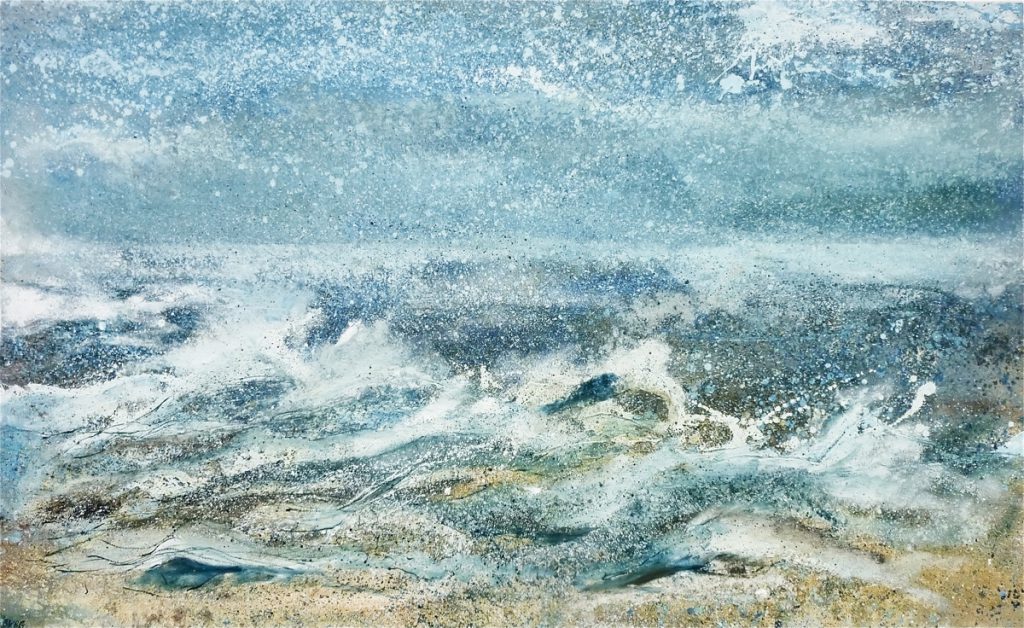 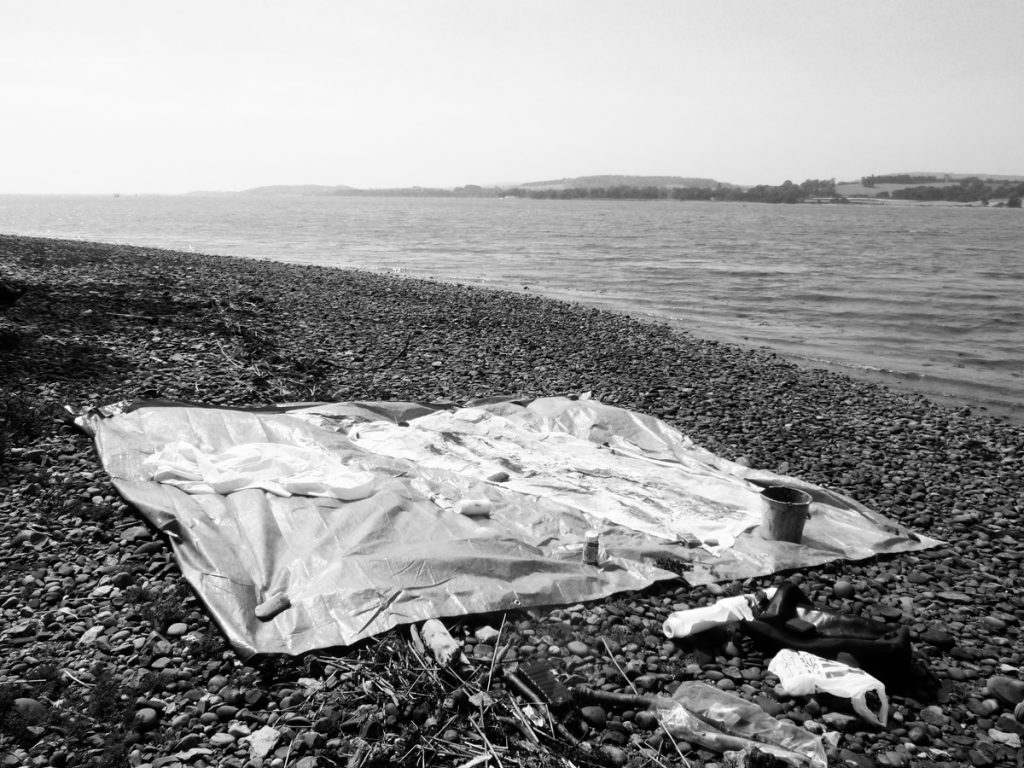 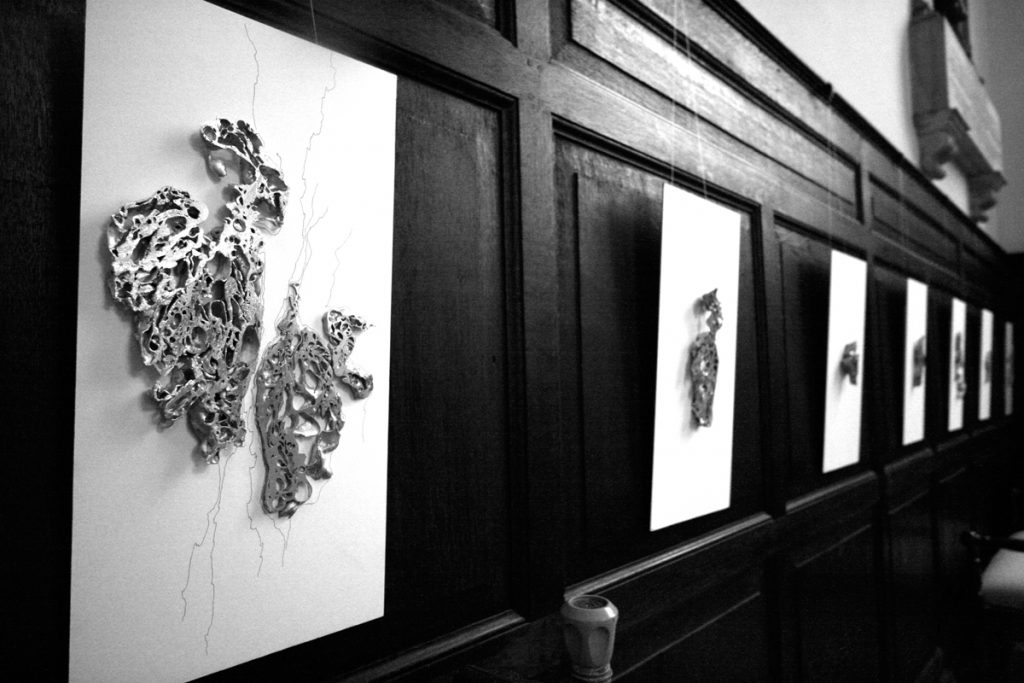 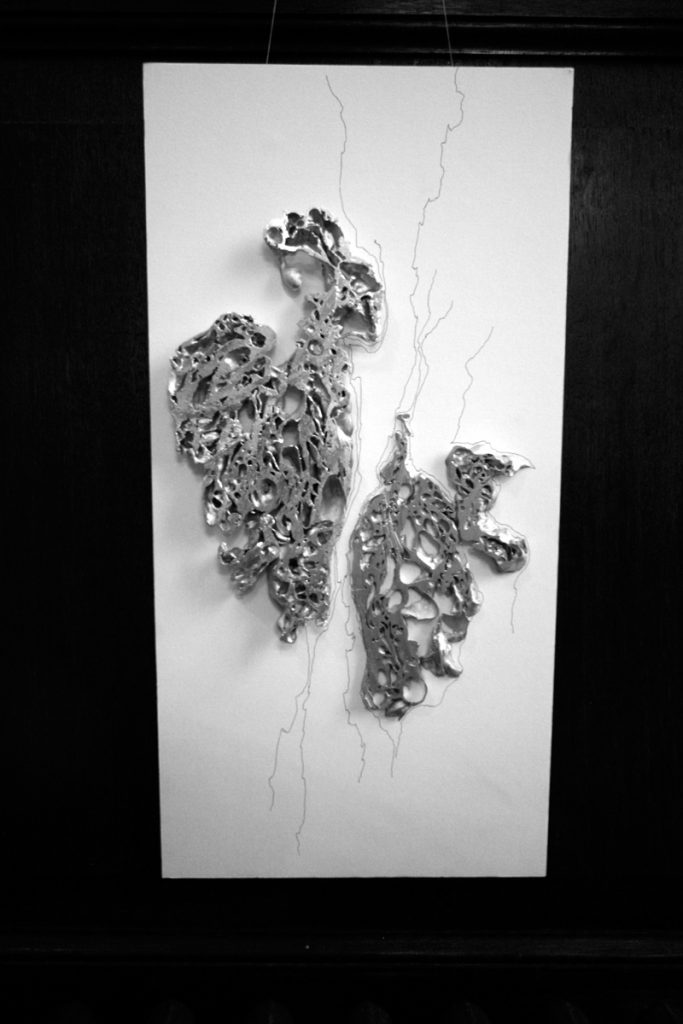 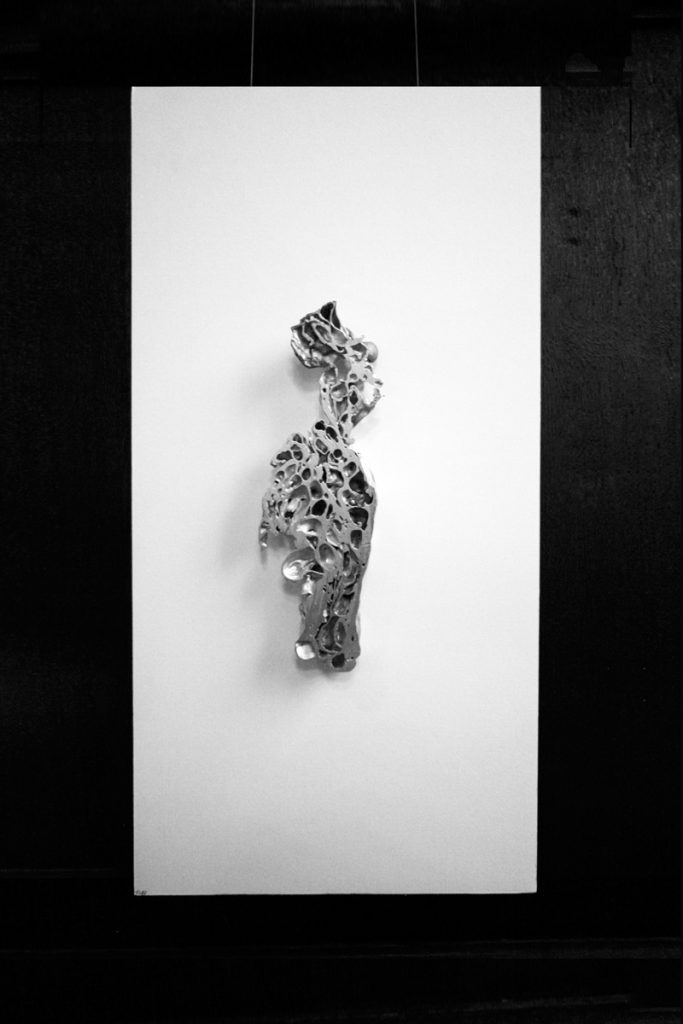 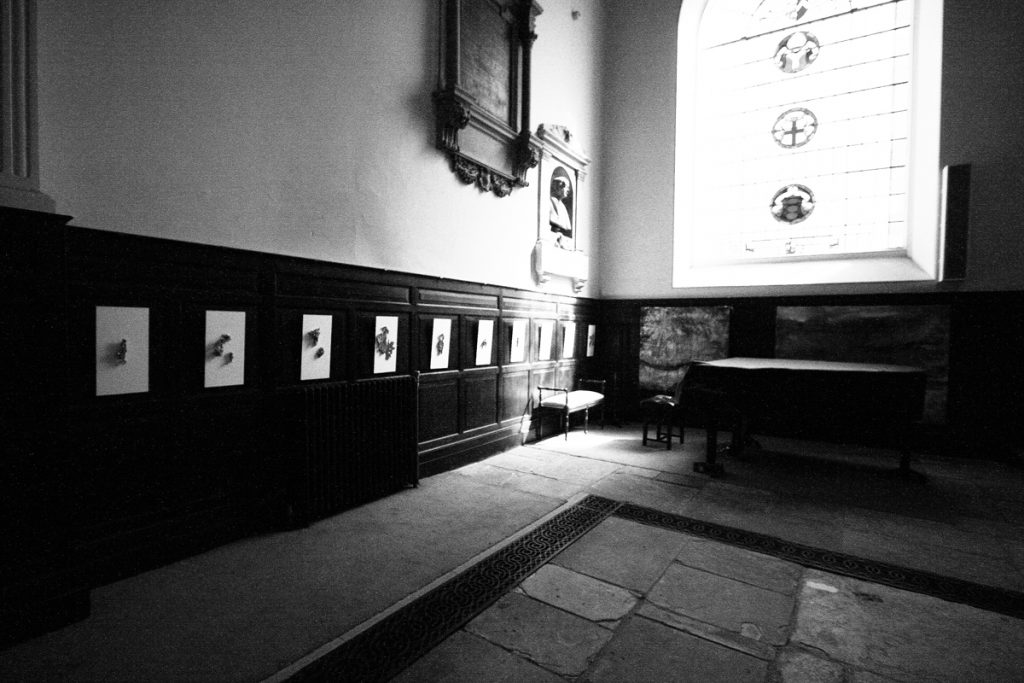 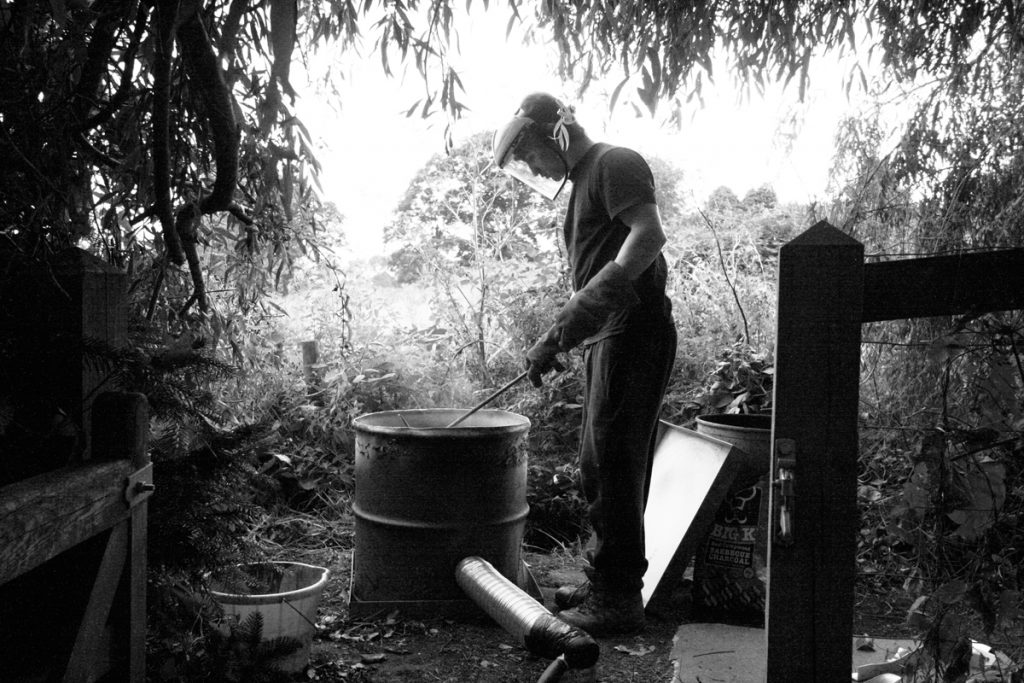 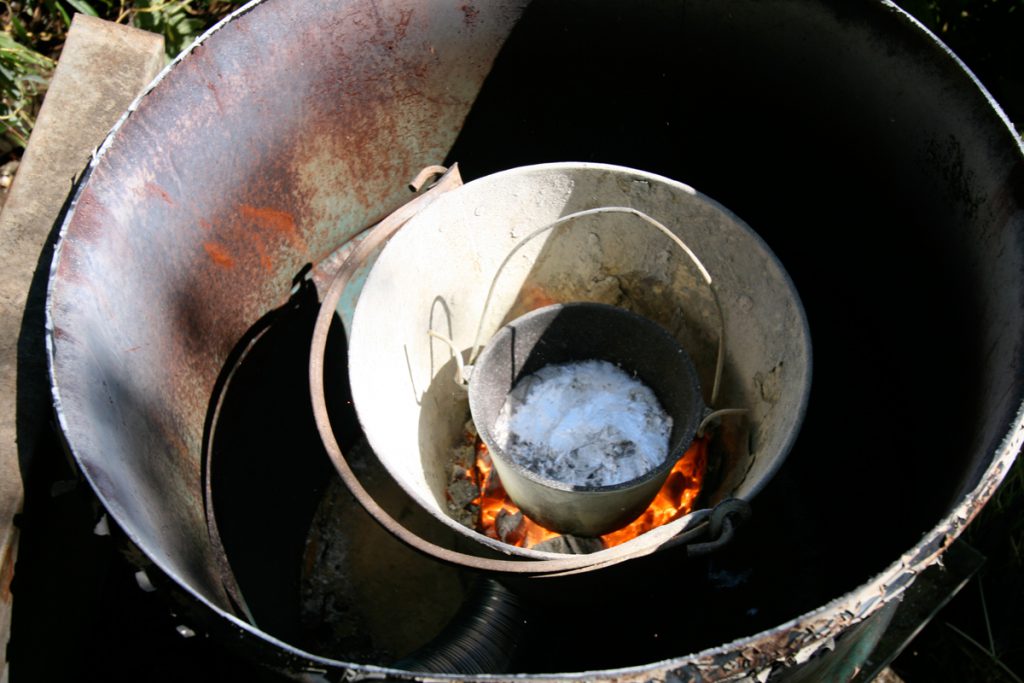 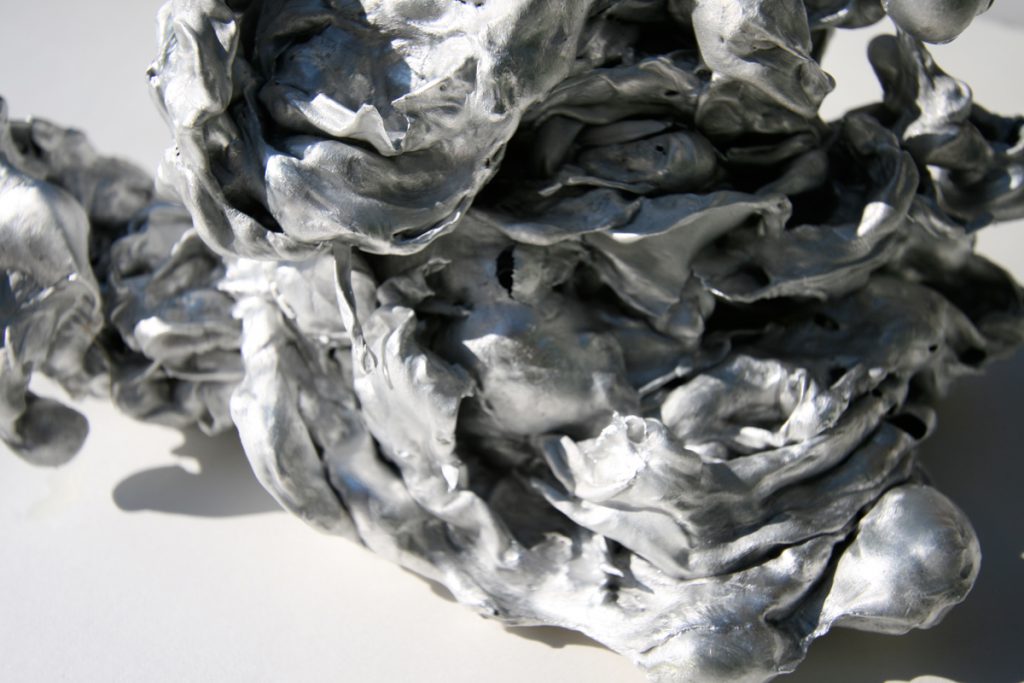 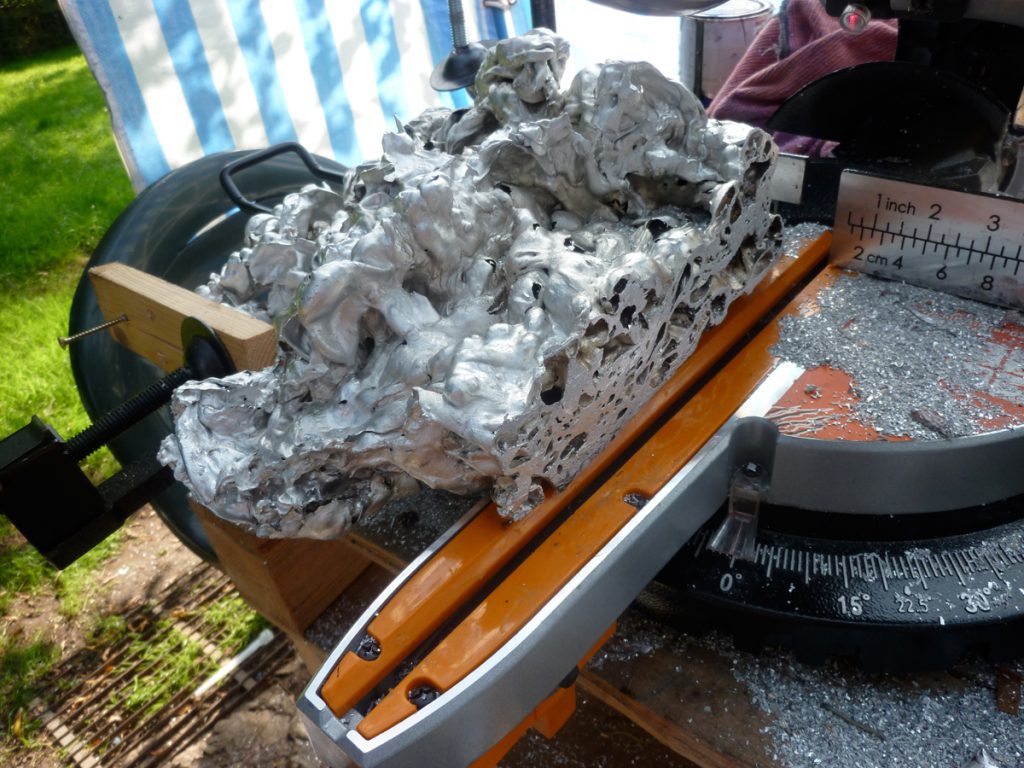 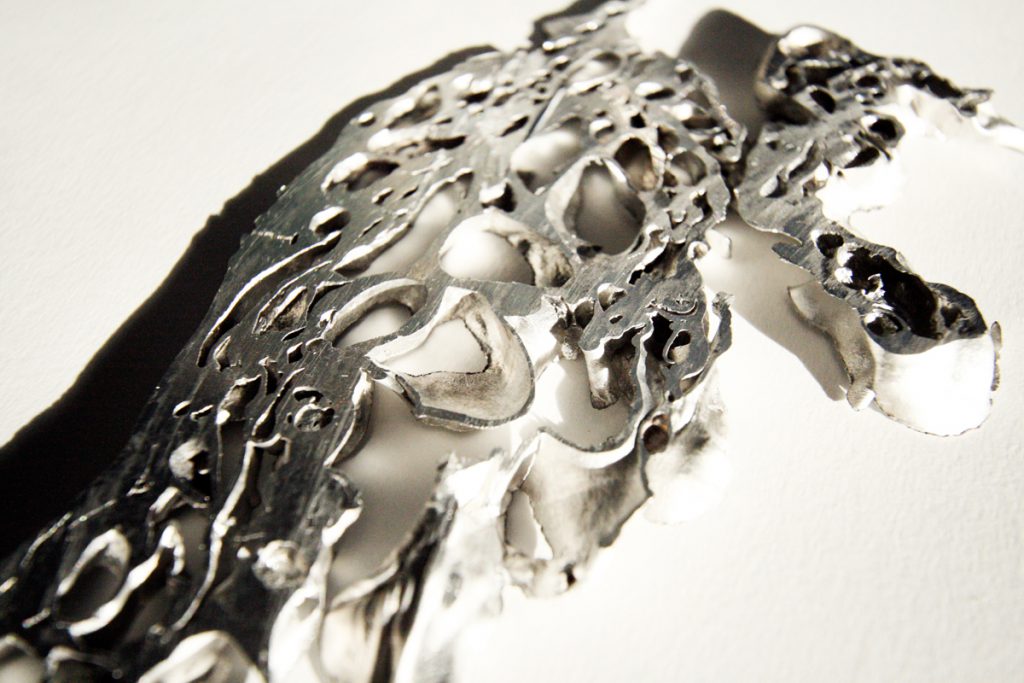