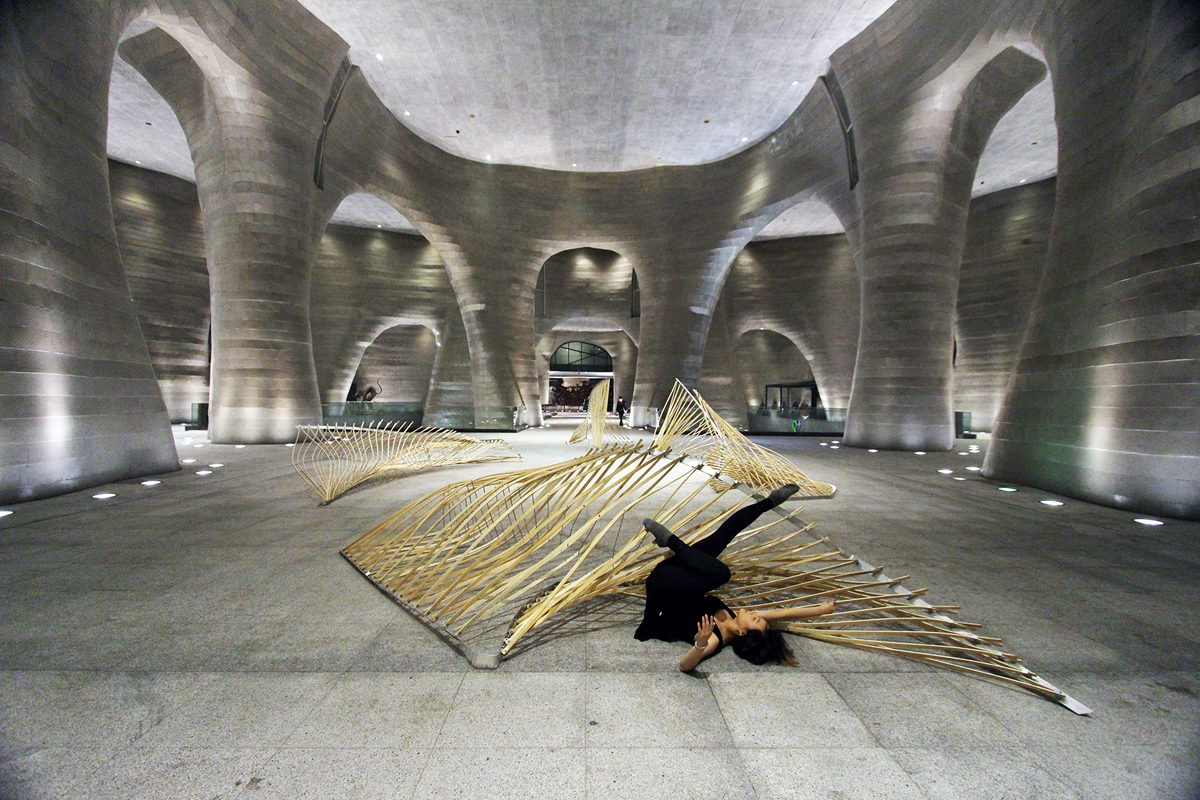 Dancing with Inertia is a performance consisting of a choreographed dance through a series of spatial interventions, activated by a live composition. Simultaneous interactions between these three elements create a dynamic and at some points frenetic relationship between the body, space and time.

The structures are intended as traces, moments or fragments of tracked movements through the space. Their forms are derived from filming and 3D scanning the dancer [Jingyee Shen] as she performed. Designed through physical models and 3D modelling software, the pieces were fabricated by hand using bamboo and aluminium. The series of structures are inserted into the space, creating obstructions between the dancer and the architectural form in order to restrain and distort movement; adapting the body to the space. These physical obstructions are intended to implement a choreographed movement on the dancer or inhabitant as they move through the space. The obstructions visualize the dynamic relationship between the dancer and architectural space by generating a physical interaction between architectural form and its inhabitants, creating a sculptural performance.

The performance was filmed, photographed and scanned in order to create a design process loop; The scans, photographs, models, will be reinterpreted as new hybrids to build the next project, which in turn will create more data in an endless process of reiterative, transformative interactions between structures, people, music and computing. 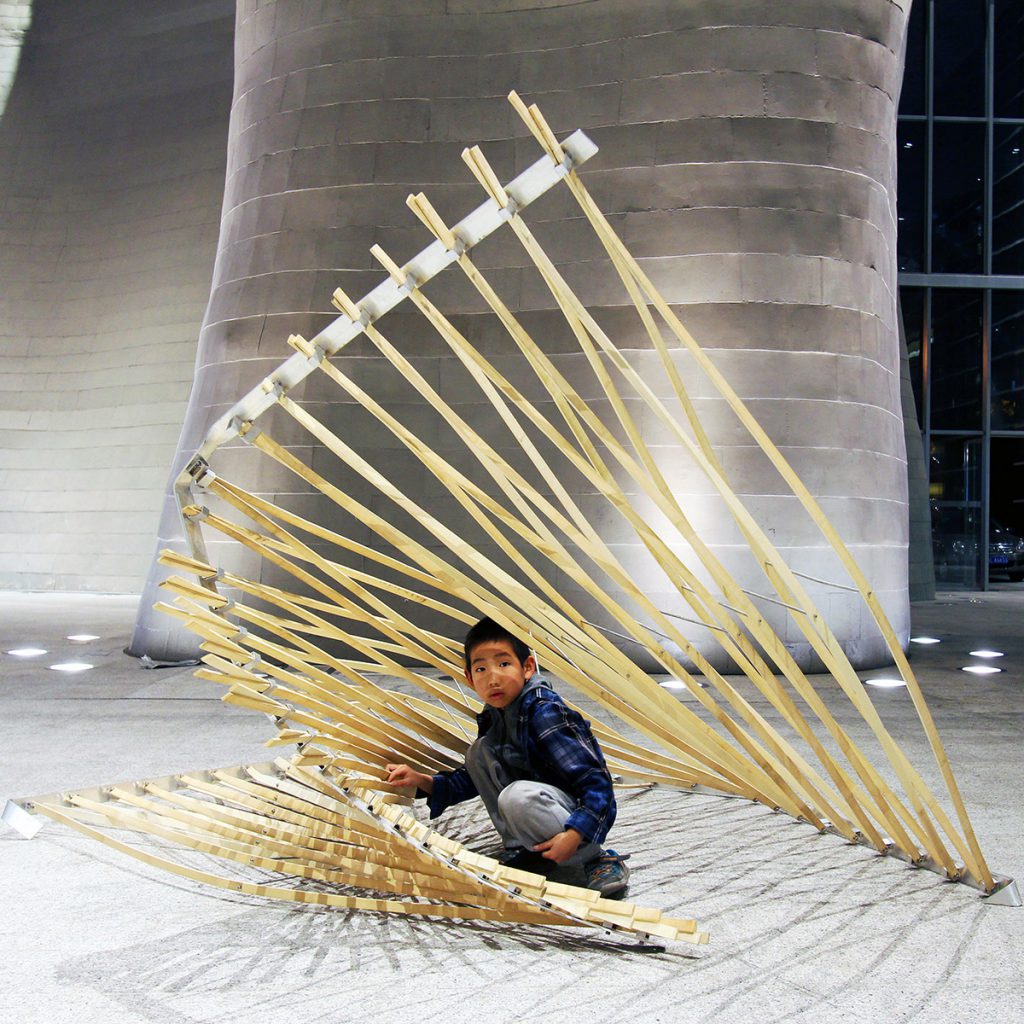 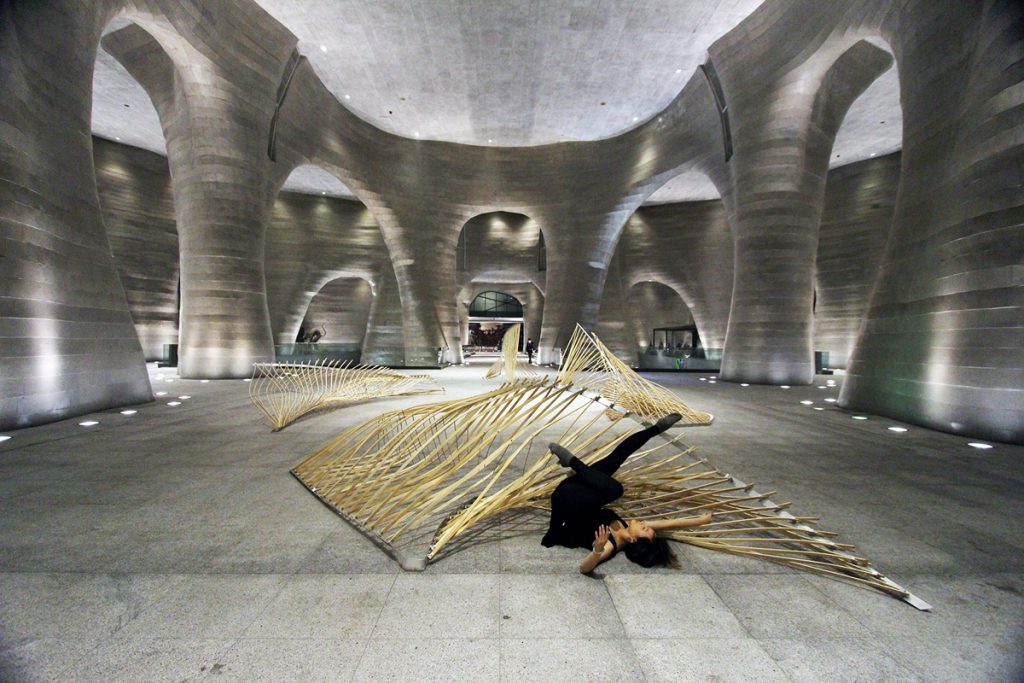 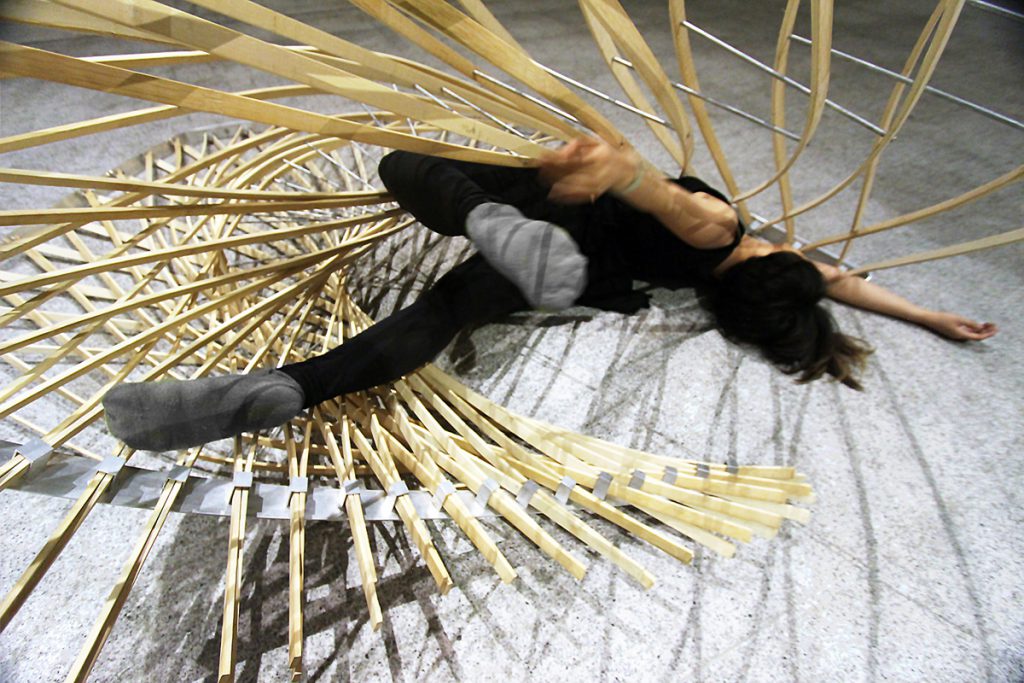 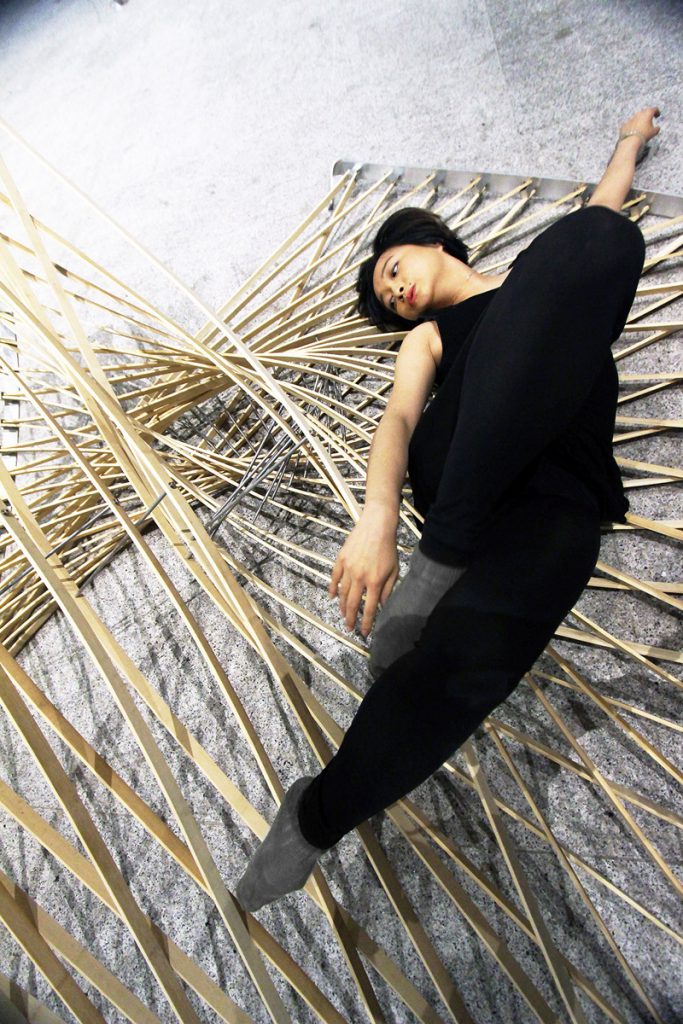 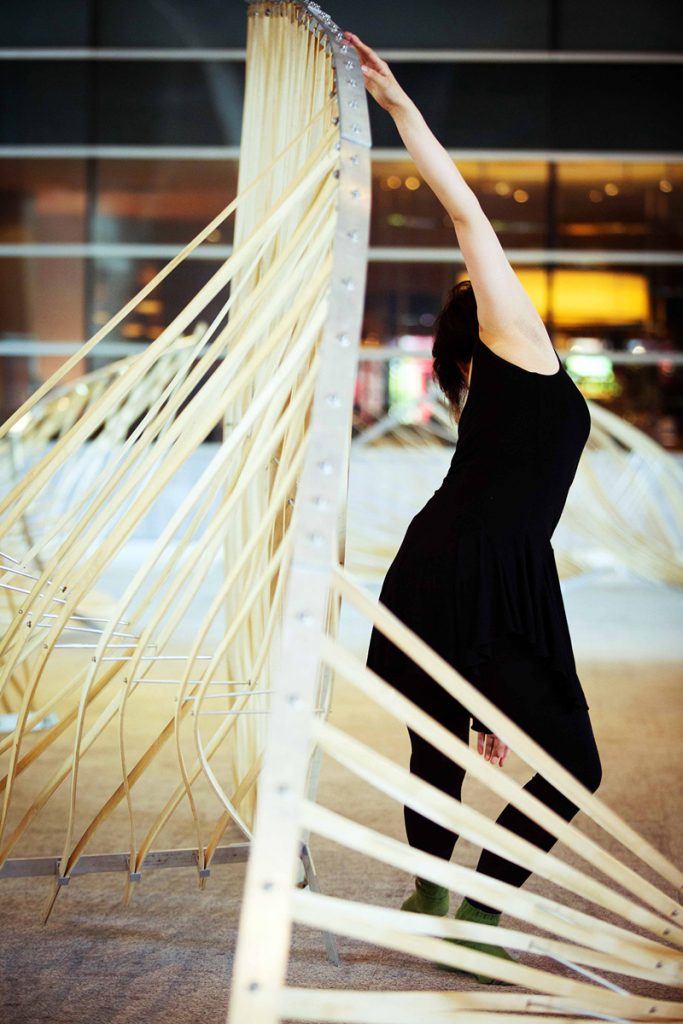 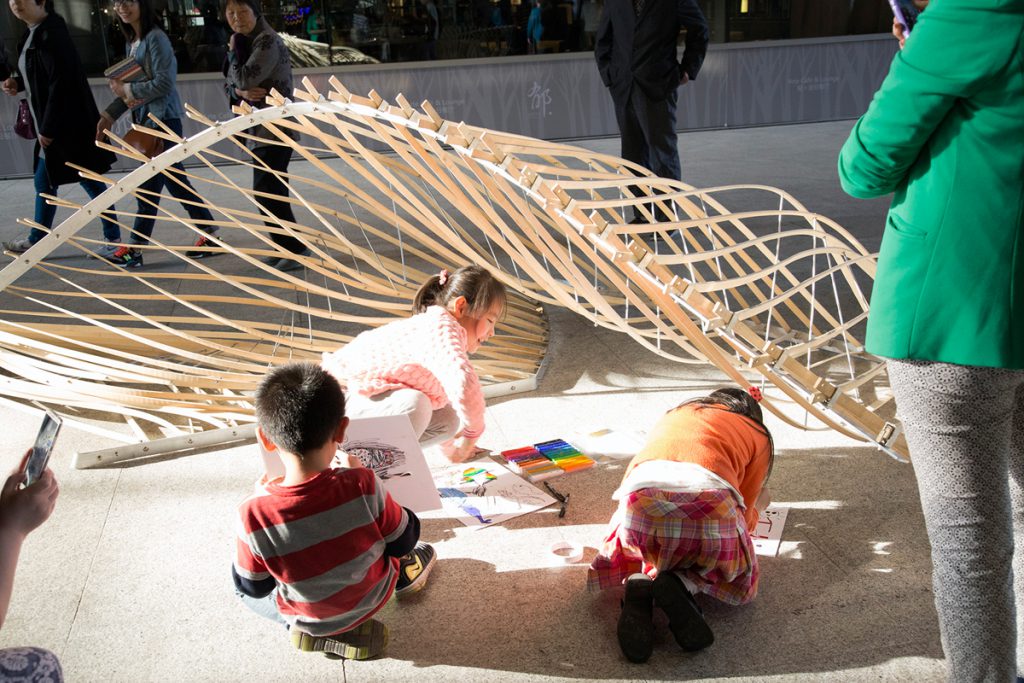